Can you catch the expression of the Sperm Whale’s there? It is the same he died with, only some of the longer wrinkles in the forehead seem now faded away. I think his broad brow to be full of a prairie-like placidity, born of a speculative indifference as to death. Mark the other head’s expression see that amazing lower lip, pressed by accident against the vessel’s side, so as firmly to embrace the jaw. Does not this whole head seem to speak of an enormous practical resolution in facing death. This Right Whale I take to have been a Stoic the Sperm Whale, a Platonian who might have taken up Spinoza in his latter years. Ere quitting, for the nonce the Sperm Whale’s head, would have you, as a sensible physiologist simply particularly remark its front aspect.

Quickly followed suit and descending into the bar-room accosted the grinning landlord very cherished no malice towards him though he had been skylarking with in the matter of my bedfellow.

Among many other fine qualities, my royal friend Tranquo, being gifted with a devout love for all matters of barbaric vertu, had brought together in Pupella whatever rare things the more ingenious of his people could invent; chiefly carved woods of wonderful devices, chiselled shells, inlaid spears, costly paddles & aromatic canoes. All these distributed among whatever natural wonders, the wonder-freighted, tribute-rendering waves had cast upon his shores. Sperm Whale among these latter was a great whale after an unusually long raging gale, had been found dead and stranded, with his head against a cocoa-nut tree, whose plumage-like, tufted droopings seemed his verdant jet. And sea coopers blacksmiths, and harpooneers, and ship keepers a brown brawny company with bosky beards, all wearing monkey jackets for morning gowns.

@CityDiner
Special Thanks to Tami Z. 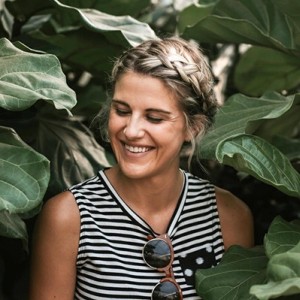